Why We Give: A Family Affair

Ecke, Anderson and Cohn are all big names around San Diego. These three successful families' accomplishments have been well-noted—both in business and in philanthropy. They're big names around Scripps, too. For the Eckes, Andersons and Cohns, Scripps has been part of the family for decades. While each family has their own unique story about what made them Scripps devotees, they all share a tradition of charitable giving that is passed down from generation to generation.

You can read their stories below.

Encinitas has grown from sparsely populated ranchland, Scripps’ footprint has grown right along with it. The Ecke family, Encinitas residents of nearly a century and original popularizers of poinsettias as Christmas holiday decor, have been instrumental all the while.

“When we were kids, Scripps Memorial Hospital Encinitas was a small community hospital—there were only a couple of doctors. Now it’s quite a substantial facility,” says Paul Ecke III. Beginning in the 1980s, his grandparents raised money to help expand Scripps Encinitas. Later, Paul Ecke Jr. (father to Paul III and his sisters Lizbeth and Sara Ecke May) made contributions and raised funds for Scripps Cancer Center, Stevens Division, by way of a tennis tournament and auction.

In addition to charitable contributions made by the family, Paul Ecke III volunteers on the Scripps Memorial Hospital Encinitas Community Advisory Council, and acts as an ambassador for Scripps Encinitas, promoting and generating philanthropic support for it. “Although I don’t feel like it, I’m getting older now, and you start thinking of hospitals in a totally different way than when you were a kid,” he says.

“You say, ‘If I’m in there, I want a place with great doctors and great equipment.’ You want somebody there that can take care of you if you need it.”

To raise awareness and cultivate a new generation of supporters, he helped create the Rockin’ Encinitas concert, which benefits Scripps Memorial Hospital Encinitas. “We said, ‘There’s this whole other category of people that need to know about Scripps, including the action sports community.” He says people are impressed when they take a tour and see for themselves the innovation and medical excellence available right in North County. “I’m proud to be a third-generation Encinitan,” Ecke says. “An excellent hospital is a critical part of a community. I’m proud of Encinitas and super proud we have a fantastic hospital that keeps getting better.”

Bruce Anderson’s family name is already carried on at the Scripps Clinic John R. Anderson V Medical Pavilion, at Scripps Memorial Hospital La Jolla. The medical building was built with a $25 million gift made by his parents, Eileen and John “Jack” R. Anderson IV, in 2012, and named in honor of Bruce's brother, who passed away from cancer in 2004.

Bruce’s father became a convert during a full-day physical in 1985, on a friend’s recommendation. “My dad wasn’t satisfied with the health care they were receiving in Pasadena,” Bruce says. “It was adequate, but there wasn’t a connection there.” Then Scripps changed his mind. “He came back telling my mom about how great the people were. The Scripps philosophy really intrigued my father.” The $25 million gift was in addition to numerous other contributions the couple made to Scripps in the areas of orthopedics, cardiology, internal medicine, and urgent care.

Jack and Eileen had all their care provided by Scripps and Scripps Clinic physicians—several joint replacements and spinal surgery, among other things. They even moved to La Jolla from Coachella Valley to be closer to their doctors. Bruce and his wife, Patty, who has severe rheumatoid arthritis, rely on Scripps for their care, too, as does Bruce’s sister. “After my wife’s procedures, I really saw what my parents were talking about,” he says. “Everybody at Scripps is primarily concerned about the patient, as opposed to other doctors we’ve gone to.”

As the years passed, Bruce’s parents’ doctors have been replaced by a new generation of physicians at Scripps spearheading the care of the younger generation. “They’re just as incredible as their predecessors,” says Bruce. He contributed his first gift this year, and pledged to continue making donations in the future. “Why not do what my mom and dad did and make sure we can make a difference in the lives of thousands of people?"

The unrestricted gifts are the most important, because it gives Scripps the ability to highlight the areas that are in most need. 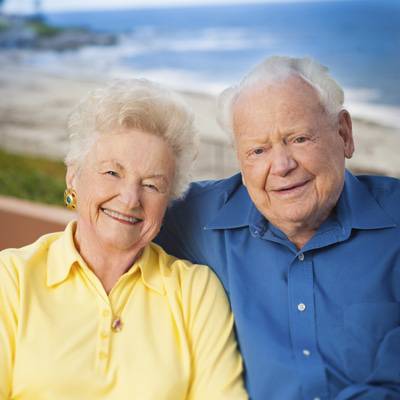 Better known for their two dozen San Diego–area restaurants, the Cohn family has a relationship with Scripps that spans three generations. It started with Alice and Phil, the elder Cohn couple who moved here from the Midwest decades ago. They were both diagnosed with cancer and treated at Scripps Mercy Hospital by Scripps Clinic medical oncologist Marin Xavier, MD, and medical oncologist William Stanton, MD.

“I guess it all started when my mother-in- law first got sick. She was so impressed with the care they received,” says their daughter-in-law, Lesley Cohn. “I’ve seen Dr. Bill Stanton and Dr. Marin Xavier in action with many patients, and their testimonials are overwhelmingly in accord with ours. They’re an extraordinary team who truly has the best interest of the patient in mind.”

All of the younger Cohns are generous backers of the Scripps Mercy Hospital Oncology Fellowship Program, which provides doctors with advanced cancer care training upon completion of their residency and is now part of Scripps MD Anderson Cancer Center. The family makes additional charitable contributions for cancer patients who can’t afford their care.

The Cohns support numerous charitable organizations with a host of different missions. Yet, even with so many interests, Scripps’ cancer care remains “near and dear” to them, Lesley says. “This disease is so horrific, yet so commonplace. I don’t think there’s a soul whose friends or family haven’t been touched by cancer. Years ago, it was a death sentence. That has changed so much.”

Ron Cohn, Alice and Phil’s son, adds, “There are so many great causes out there, but Scripps just seemed so amazing. We were quite touched by the Scripps doctors and the care they gave our parents."

"I know the legacy that started with my in-laws will be continued through our foundation’s focus on the importance of good health care,” Lesley says. “The notion that it’s better to give than to receive absolutely resonates with our family.”